I was delighted to be asked to play the PURPLE CAT in Estelle Riviere's Monsterlune performance at the Torture Garden Halloween Ball this year. It was the best fun I've had in ages.

Here are some of the photos that Anne Laymond took of the show, it was a "Diabolical Wedding". 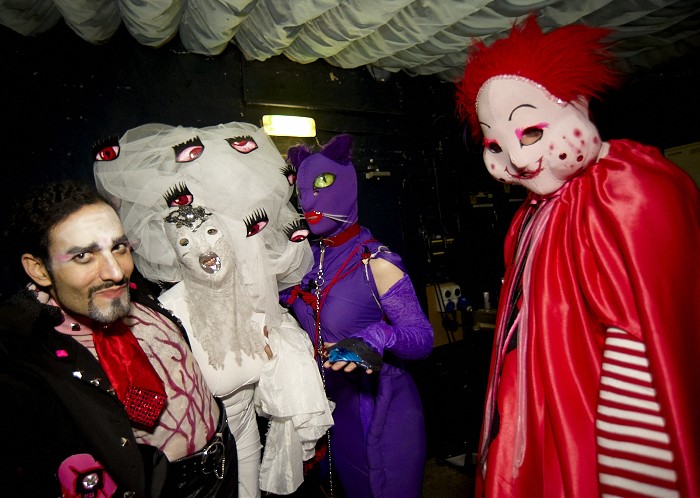 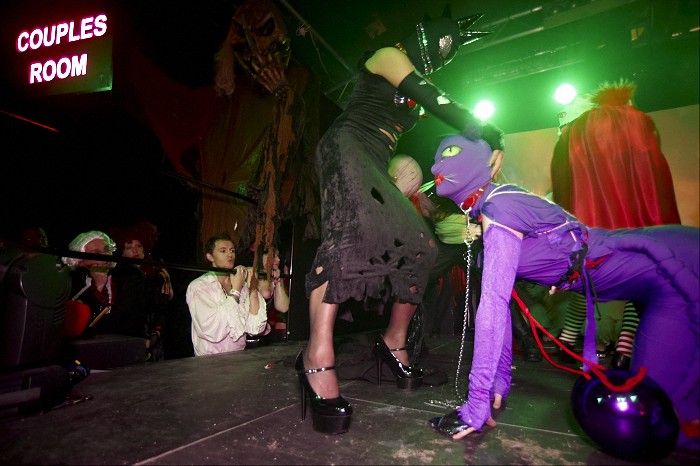 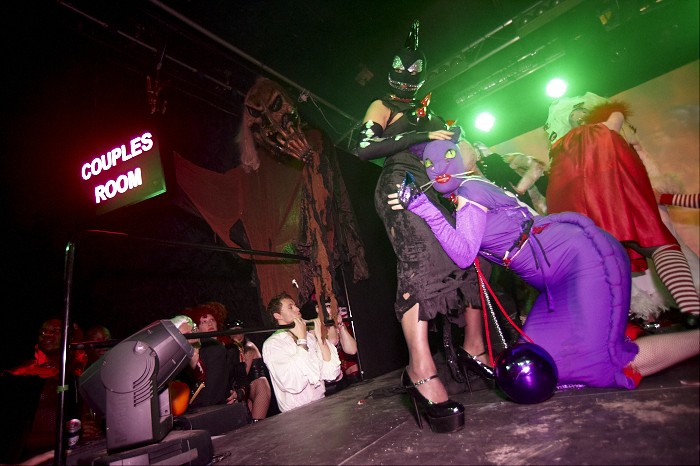 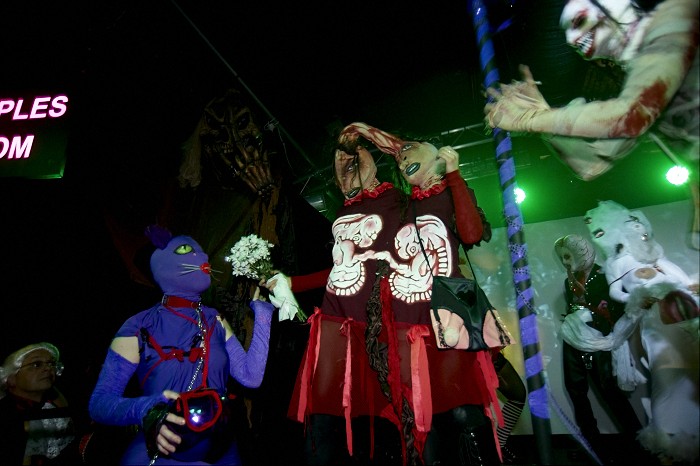 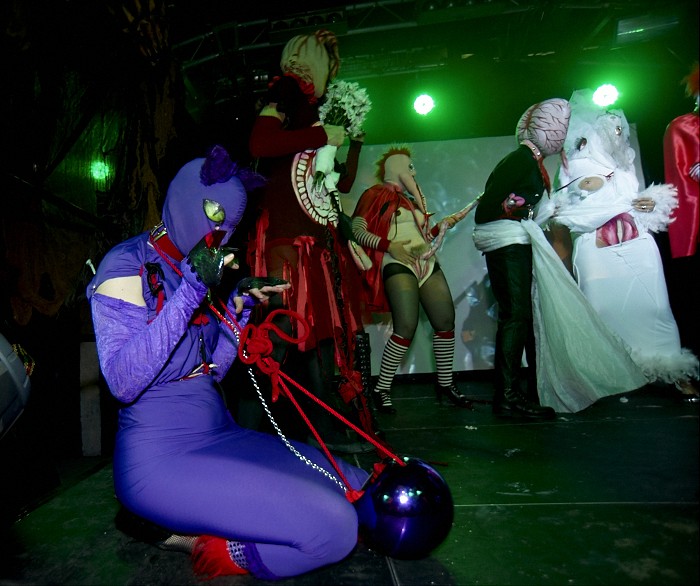 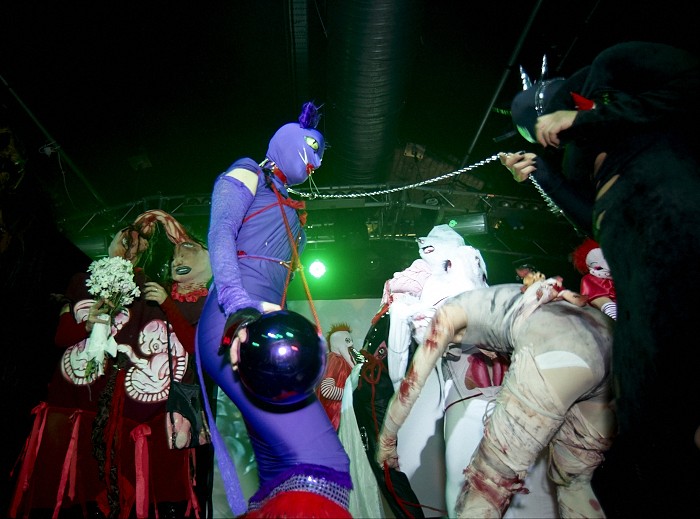 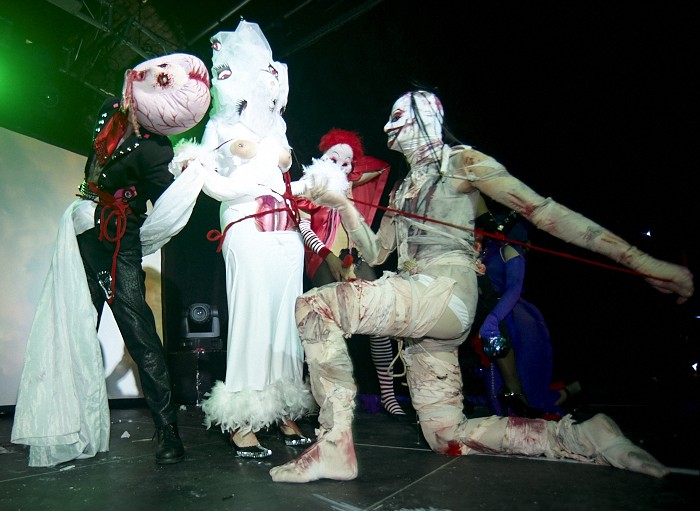 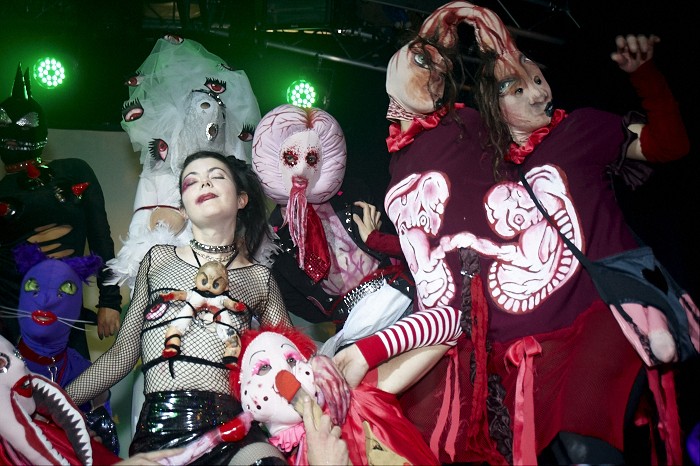 Some backstage shots I took on my phone: 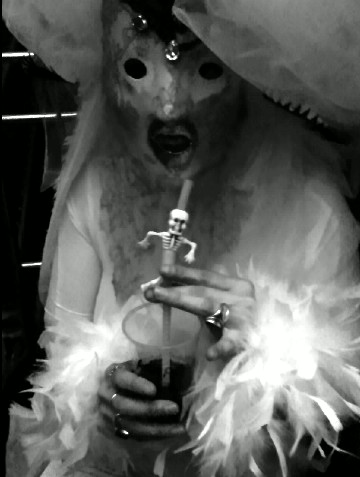 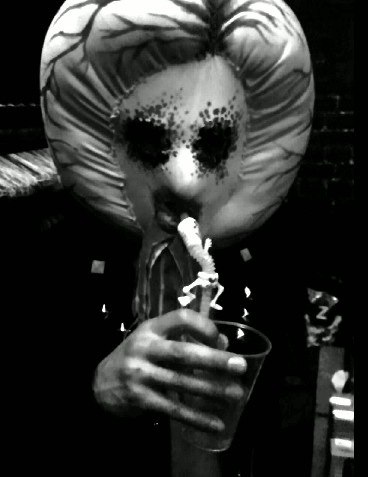 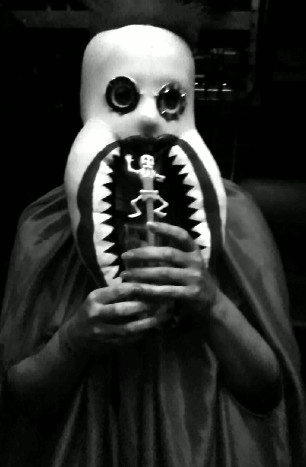 
... So mischievous, we had to take this crazy kid on an outing 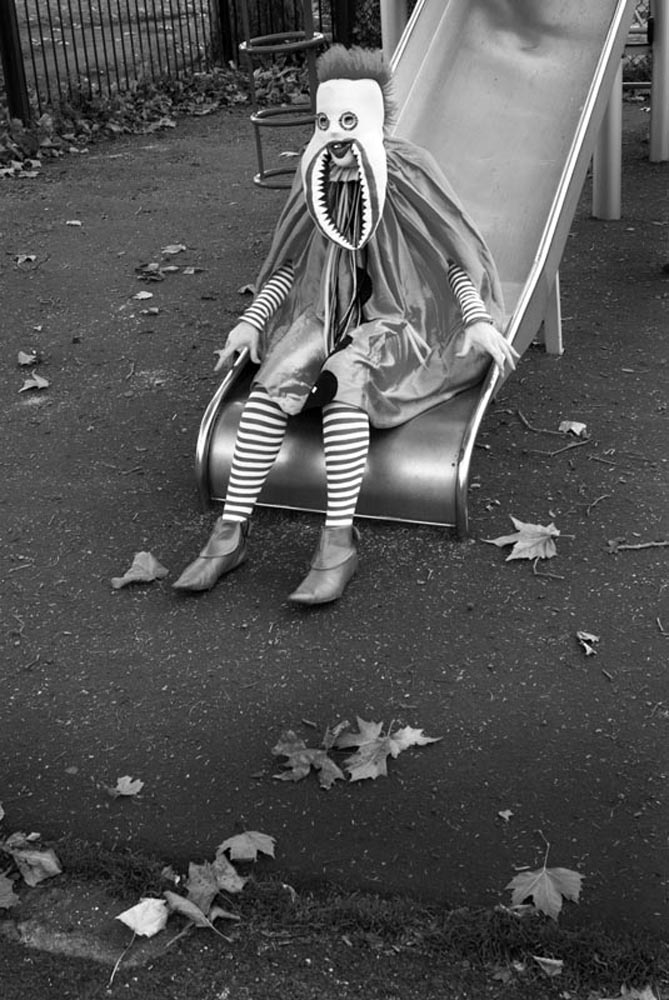 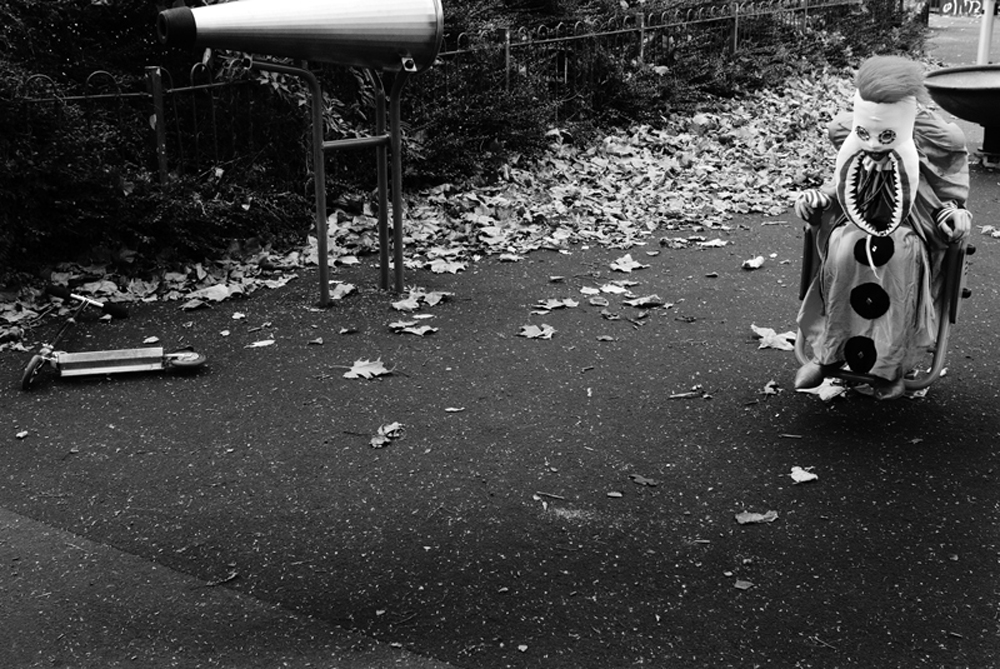 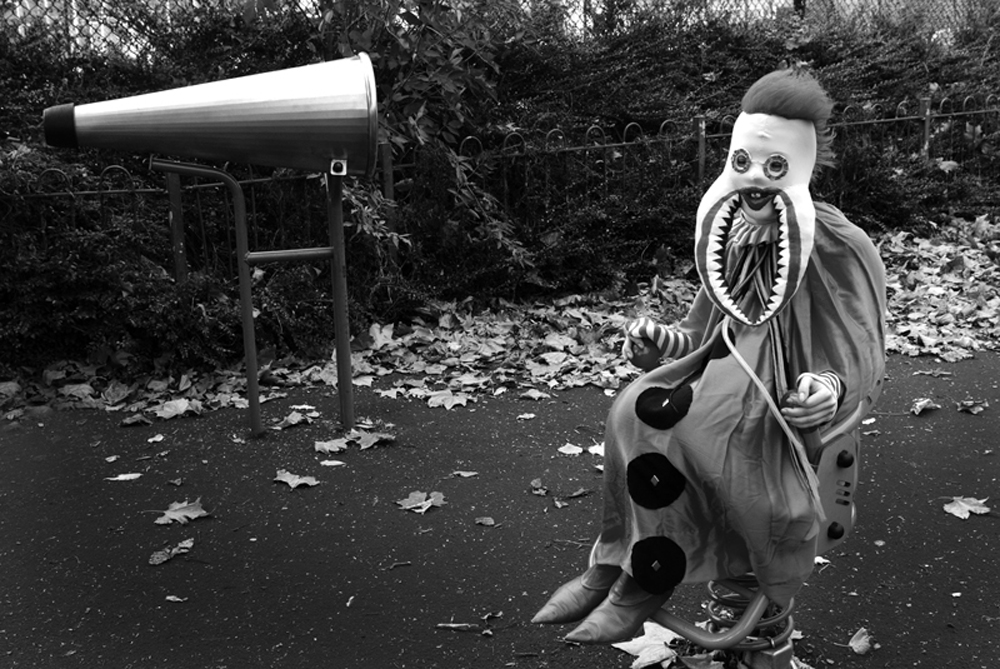 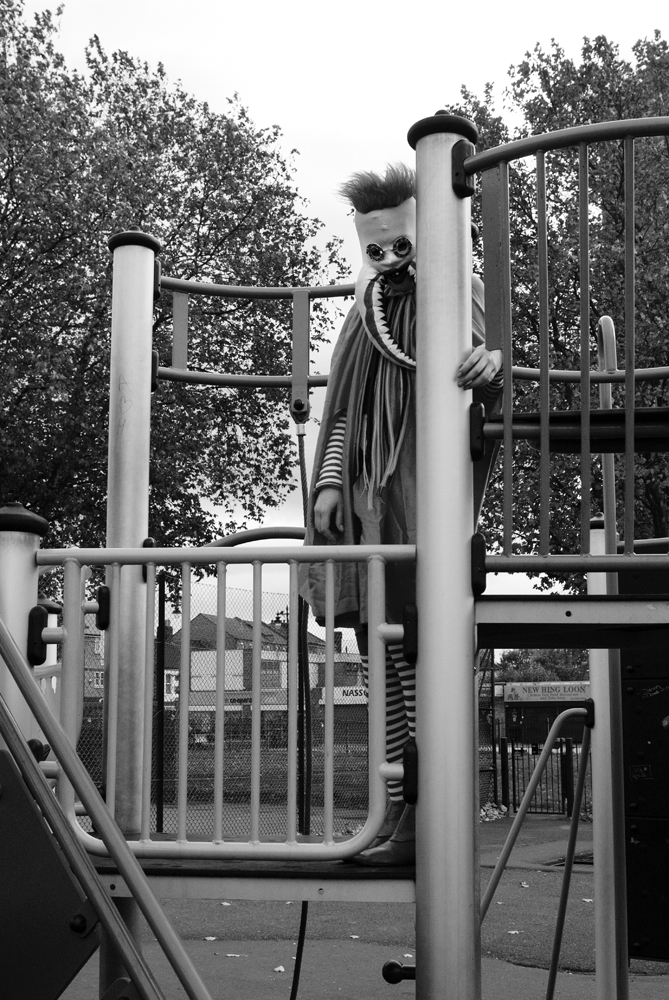 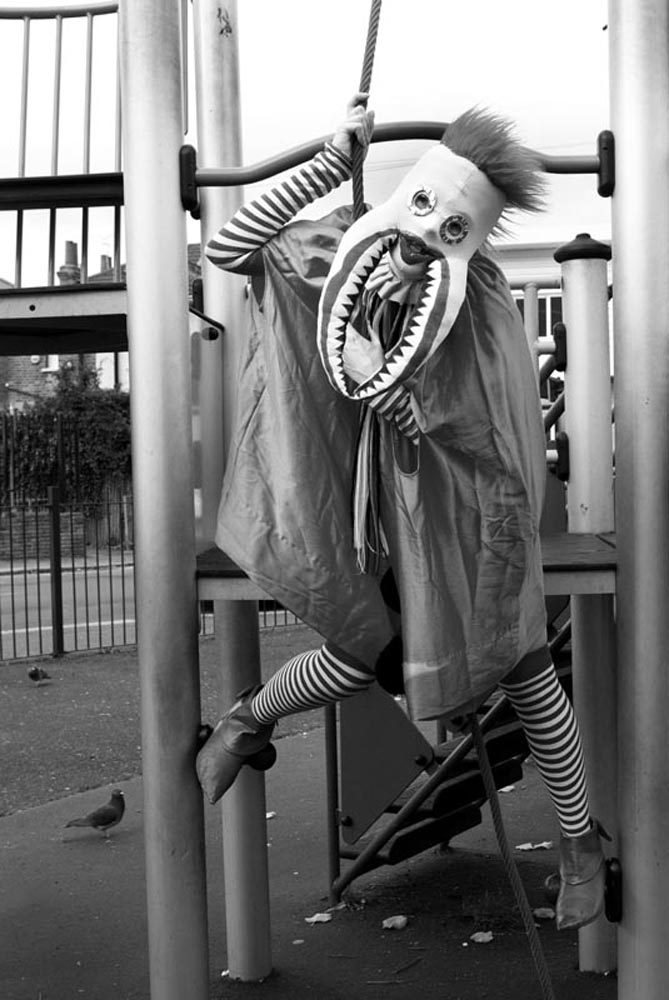 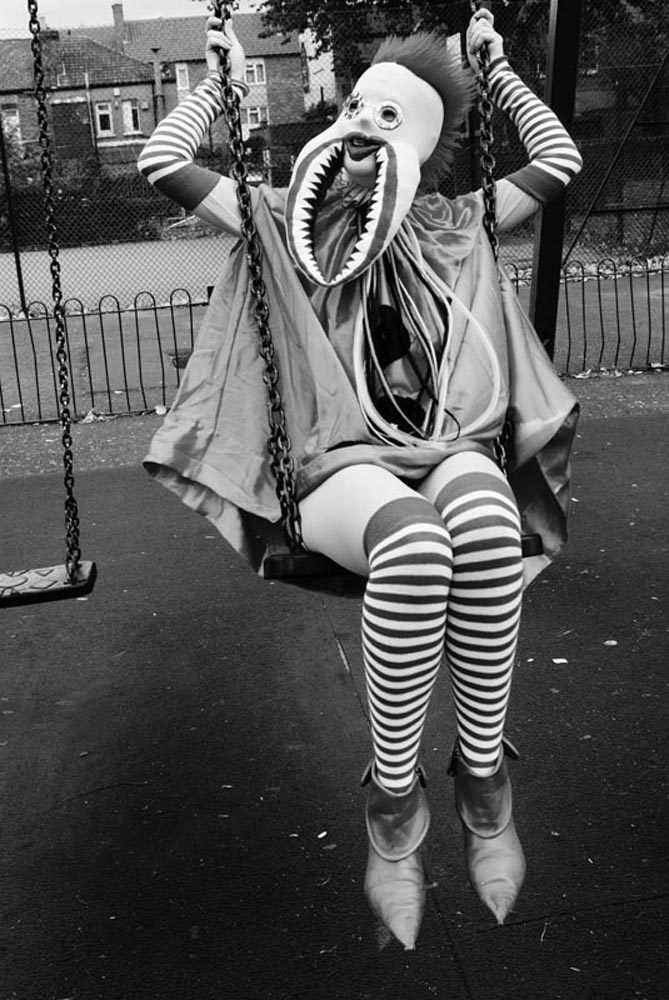 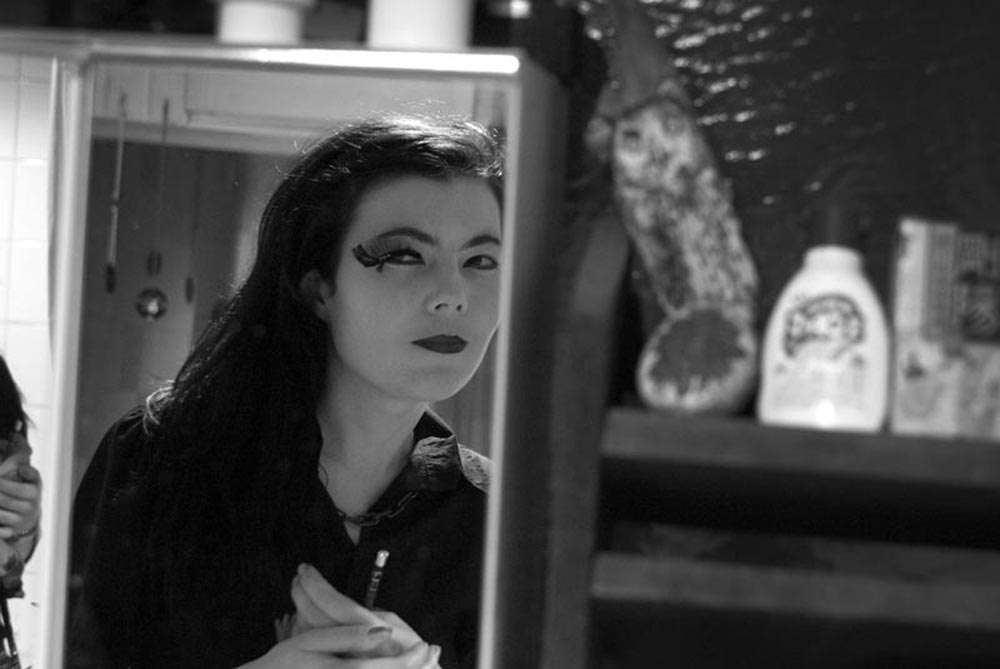