There is little known about St Anne's Well, an ancient holy well. Originally called Wealletune after the place-name Welton, East Yorkshire. It was adopted by Christianity and re-named St Anne's Well in c.1080. Prior to that it is believed to have been a place of pagan ritual, the well being a portal to the Otherworld. It's particularly meaningful to me as I played around the site of the well as a child. Unaware of the history beneath my feet at that time, I continue to be drawn back there in dreams.

"... the holy well stands before a long, if tiny and ill-lit, corridor of history with doors leading off into many unexpected and little-visited rooms..." James Rattue, author of The Living Stream.

The well has been covered with stone slabs for a long time, a tree has tried to grow over it.  It has been sheltered here over the years in the grounds of Welton House, a large estate which was demolished in 1952.

An archeological report made of an area near the well recovered early prehistoric, Iron Age, Roman and early medieval pottery from a  layer of ‘hillwash’ above the natural chalk; the presence of these pottery fragments testifies to early settlement in the vicinity of the site, including some which could date to the late 11th century, when the well came into being.

I was fortunate to be granted access to the site recently and was delighted to discover the well and natural spring which is still seeping from the ground. For at least a thousand years, this ancient spring has served a multitude of needs. I hope to convey a sense of this timeless promise in the photographs below. 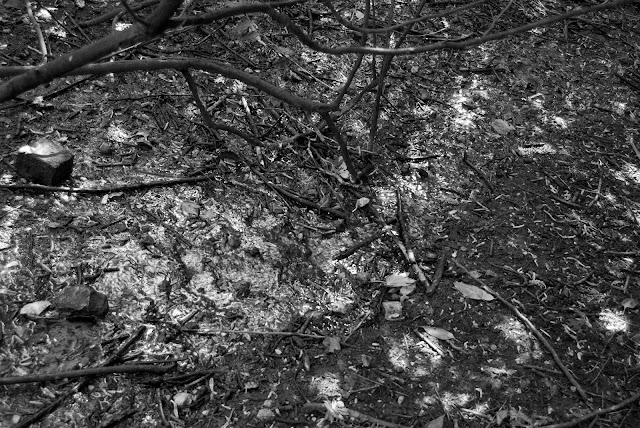 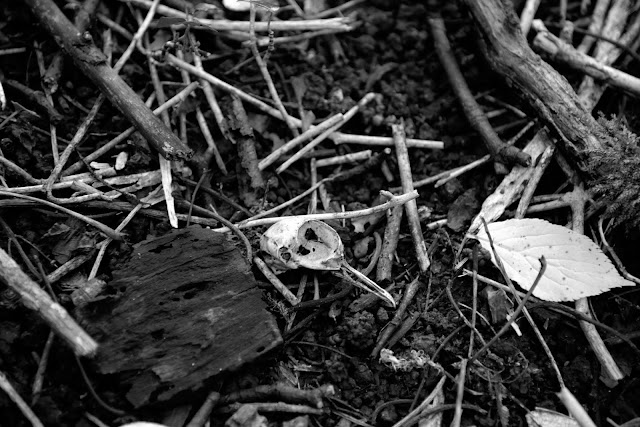 "In 1385 there was a well at Bisham (Berkshire) where a tame bird dwelt atop a tree, in whose nest offerings were left in return for the cure of sore eyes at the well." The Living Stream 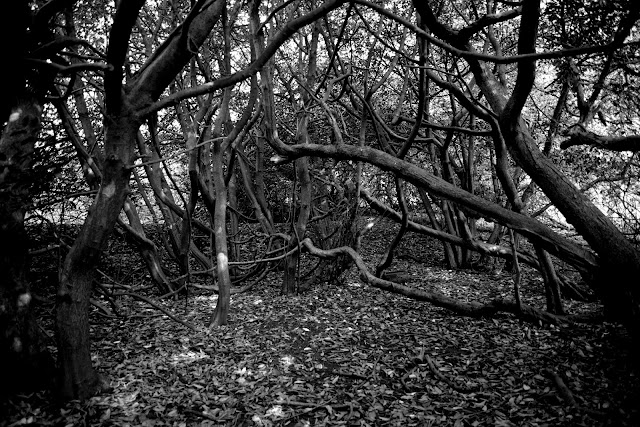 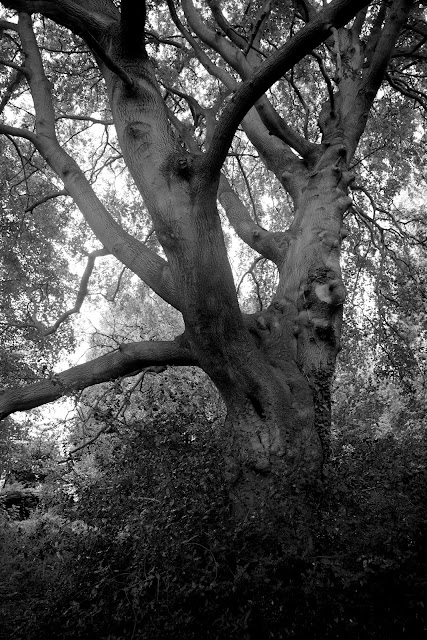 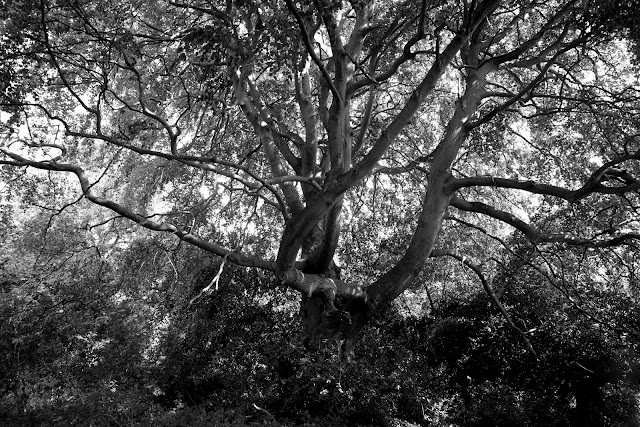 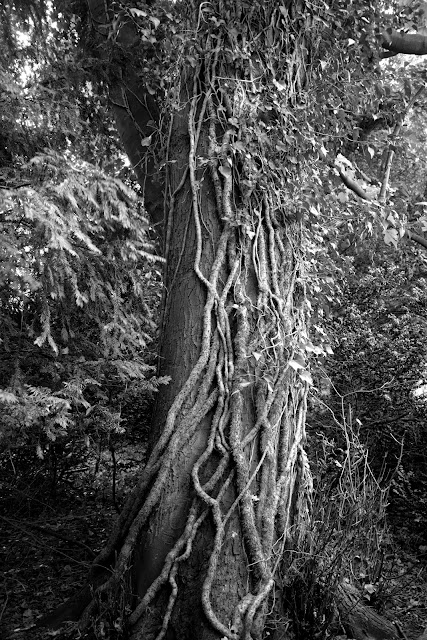 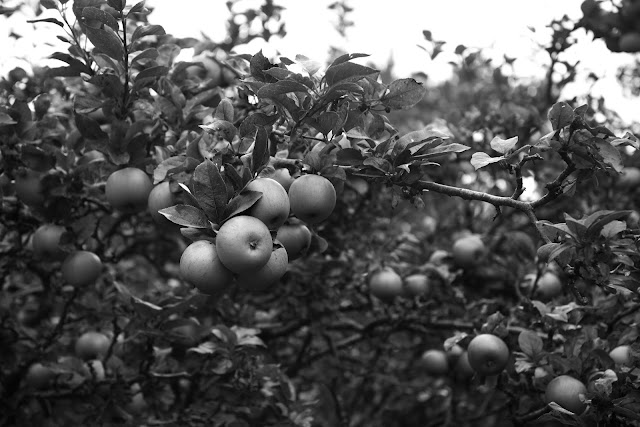 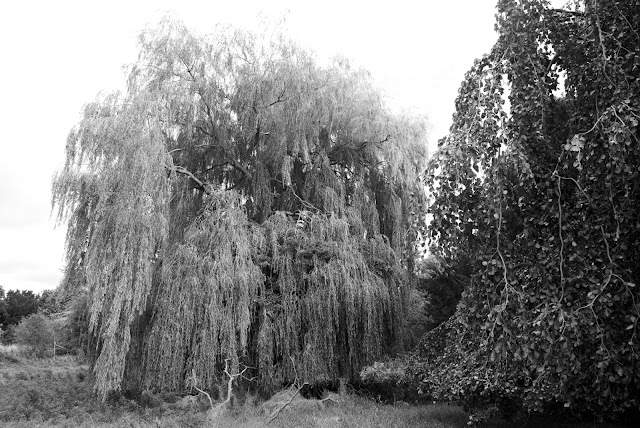 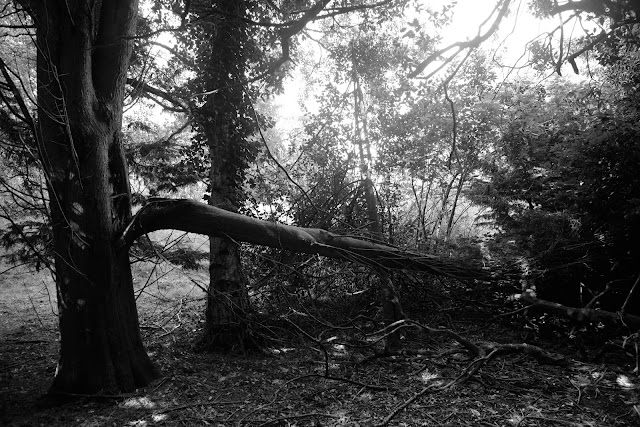 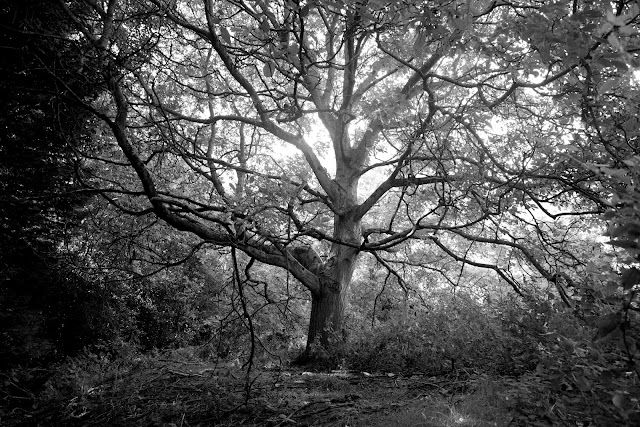 This is an excerpt from my 40 minute immersive soundscape, incorporating CymaScope imagery transcribed from the source audio by John Stuart Reid. It was first shown at Islington Arts Factory in April 2017 on the opening night of my solo exhibition How Shall I Get Elephants To Stay. And subsequently at Leeds Festival 2019 cinema tent, courtesy of Film Oxford.

Within the Cymascope instrument the surface of pure water offers a kind of super-sensitive membrane and by imprinting sounds onto the liquid surface, unique patterns of sound energy are created for every unique sound.

St Anne's Well is a meditative audio-visual experience designed to enhance an alliance with the natural world.

As the soundscape evolves, various bird calls sing out, while at the still centre is the heron. The heron is an enigmatic being richly featured in mythology and folklore. For me, herons can be the most beautiful creatures to grace our skies, and whenever I see one I instinctively feel it is a 'good omen;' somehow they chime with me.  In St Anne's Well, the heron may be both guardian or oracle, but always an enduring presence in our subconscious landscapes.

"Give the bird a gift. Open the portal to the Otherworld." 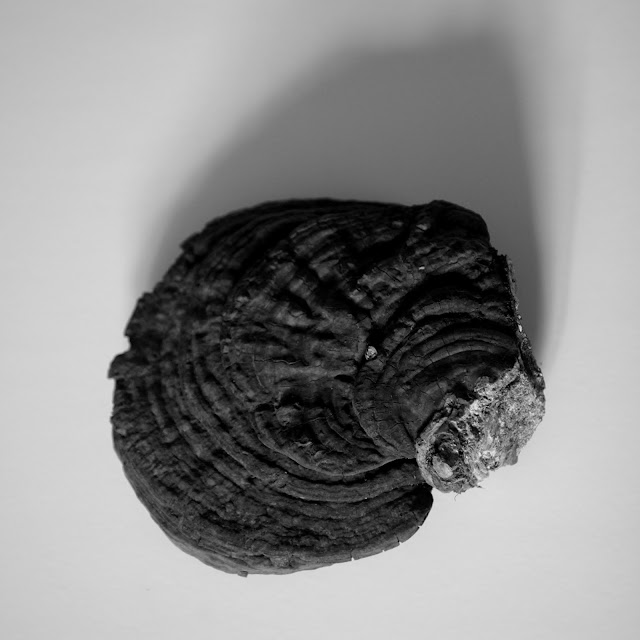 Ganoderma Applanatum, otherwise known as The Artist’s Conk. I found this one growing on a tree next to the well, I didn’t know its name at the time but thought it looked interesting so I took it as a memento. It was fed by St Anne’s Well, Wealletune. Apart from dreams where I roam these grounds and sleep in the water, wrapping it around me like a blanket, it is now tangible, I can hold it in my hand. 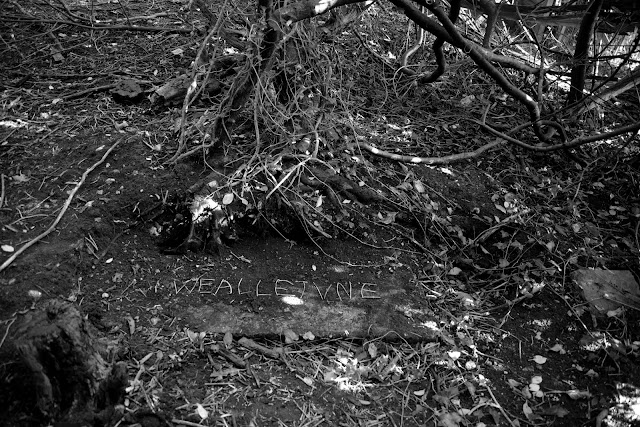