Nothing would happen, I could conjure with fire.

Sunlit horizon perplexed by trees, abandoned ruins
Naked limbs twisted together, some broken, even more beautiful
I can conjure with fire, see sparrows in the afterglow.

I died again today, there's no mystery surrounding the cell
No-one will love you more than you love yourself
So imagine love – ignite your potential.

Before we descend into chaos, I'll hold your hand and see you
for who you truly are in dissonance enduring the weight of your scars.

We can conjure with fire. 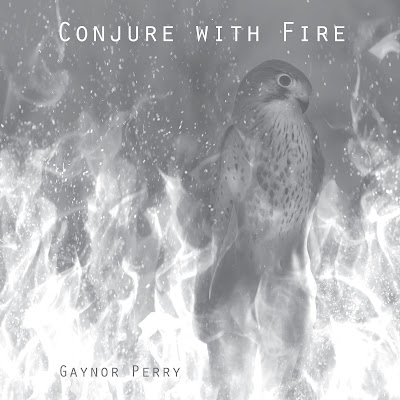 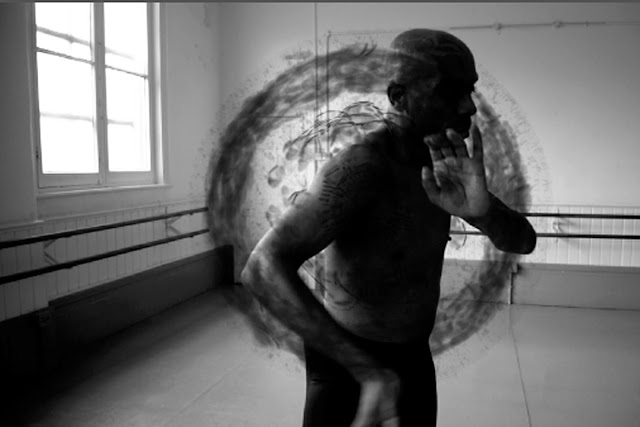 What is a CymaScope? “The CymaScope is a new type of analog scientific instrument that makes sound visible, allowing scientists to see sound's vibrations. Within the instrument the surface of pure water offers a kind of super-sensitive membrane and by imprinting sounds onto the liquid surface, unique patterns of sound energy are created for every unique sound. Just as the invention of the microscope and telescope revealed aspects of the world and Universe that we didn't even know existed, the CymaScope allows the once hidden realm of sound to become visible. And since everything in the Universe is in a state of vibration a tool that shows the structures within sound and vibration can provide important new scientific insights.” John Stuart Reid.

Movement artist and choreographer, Francis Angol, sculpts a passage through the song with great care and thoughtful momentum. As a counterpoint to the strength conveyed by Francis, The Owl, played by performance artist Estelle Riviere, portrays an otherworldly fragility.

I would like this piece to transmit the idea of harnessing the power of anger for transformation. For me, the beautiful morphing quality of the CymaScope imagery describes the intangible evolution from one state of being to another through the psychic and emotional complexities of the human spirit.

The CymaScope offers us the opportunity to visualise these changes taking place on a cellular level. That we are partly comprised water enhances our affinity with the sound structures produced by this invaluable instrument.

Conjure With Fire from Gaynor Perry on Vimeo.